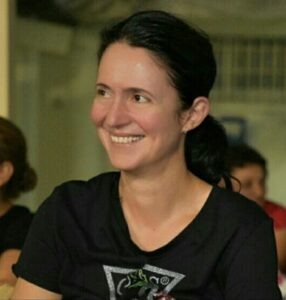 ATHENA DEMETRIOU studied History and Politics (BA and MA), Criminology and Criminal Justice (MSc), and Business Administration (MBA). She has a police background as she served for many years (since 1994) as an undercover agent (in the Drug Law Enforcement Unit), as a criminal investigator and as the Head of the Police Human Rights Office, where she worked with EU agencies like FRONTEX and CEPOL as a Human Rights Expert for several projects and she contributed vastly in the development of various Training Manuals, of modules for the (MLC) Mid-Level Course for BGs, and for the finalization of CEPOL Common Curricula on “Human Rights, police ethics and prevention of corruption”. She designed several Human Rights modules and courses for the Police Academy (including modules pertinent to transmittable diseases) and for many years she lectured on various issues pertinent to Human Rights.

Between 2013-2014 she worked as an adviser to the Minister of Justice and Public Order on human rights issues and on custodial matters (police detention centers and prisons). She had drafted the law for the detention center for immigration purposes and she had a leading role in the prison reform. As from 30 October 2014, she was transferred to the Prisons with the new Director as an expert/adviser (senior officer). She is responsible for the security and the management of all incidents in prisons (24/7) and she delivers lectures at the Prisons Academy for several issues i.e. human rights, risk assessment, prevention of radicalization in prisons. She is a member of several national technical Committees i.e. for the fight against Terrorism, for the Anti-Crime Policy and prevention of Crime, for the fight against AIDS, for the fight against Drugs, for the effective management of Hepatitis C, as a member of the Supervisory Authority for the management of the sex offenders against minors, and as the Cyprus Representative for CO-OP of the Council of Europe.

She represented Cyprus several times before UN treaty bodies (UPR, CAT, ICCPR), and recently she was selected by the European Committee for the Prevention of Torture (CPT) in the pool of its experts. She currently works as an expert for two Europris WGs (for the FN prisoners and for the Children of Prisoners). 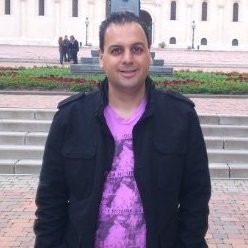 TASSOS TRATTONIKOLAS has degree in Social Work, Master in Bussiness and Master in Applications of Psychology and Counselling in the Community.  He works at Cyprus Prison Department since 2004: for seven years he was involved in the security office of the Central Prison. Subsequently he has worked for two years in office receipts and dismissals of inmates which is one of the crucial duties in the prison institution.

The twelve years he has been responsible for European programs, head of the school for wardens and trainer for young and adult detainee’s in domains which are related to social skills, etc. He works in the Administartion office.

IAKOVOS STYLIANOU is the education coordinator for the prison inmates, within the Cyprus Prisons Department. He has graduated from the National and Kapodistrian University of Athens in communication and mass media, with a Bachelor Degree in July 2004. After that, he graduated from San Francisco State University, in the area of Management of Special Needs Education Institutes and after he obtained his Master degree in Criminology from the University of Nicosia.

He has more than 10 years of experience in adult education and has been partner of Ministry of Education and Culture and Cyprus parental schools. He is also active member of researches, relevant with youth offenders and prevention of crime.